Making friends and connecting with people online is easy but when you’re looking for people that share similar interests with you, you have to twitch a little! Do you want New Friends on Twitch and watch videos or learn new things while you’re at it? You have to join Twitch.

Twitch. tv is a live streaming video service that allows you to watch people broadcast live videos and chat with others who are watching. Twitch was once known as being exclusively for people who play video games — players would broadcast themselves playing as others would watch and comment. Now, however, Twitch is used by creators of all types — from painters to jewelry makers to glass blowers and beyond — there is something for everyone on Twitch. Twitch is both a great way to watch experts and hobbyists practice their technique.

With over 100 million viewers worldwide who watch videos on the platform an average of an hour and forty-six minutes per day, there’s plenty of opportunities to network and make new friends! Twitch is owned by Amazon.com, which purchased Twitch in 2014 for $1.1 billion dollars.

On Twitch, you can chat in either two ways: 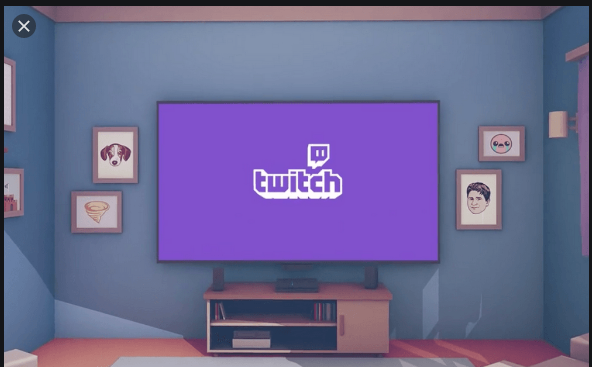 Twitch is a free service, however, you do have the option to support the people who broadcast videos through either donation — one-time payments — or subscriptions, if they accept them. If they do, you’ll see buttons under their video broadcast that will allow you to contribute. You can also “Go Turbo” with your Twitch experience and pay $8.99 per month for special features and an ad-free experience. Payment is optional, however — there is so much fun and entertainment to be had for free on Twitch.

After going through the first part of this article, I know you’re definitely wondering how you can Sign Up for a Twitch Account.

Though Twitch allows you to view broadcasts and observe chats without having an account, you must sign up and log in in order to perform certain functions, including participating in chats, following broadcasters that you like, and broadcasting videos yourself.

Here’s how to start chatting on Twitch:

ALSO READ:  HOW TO  DELETE "SUGGESTIONS FOR YOU" ON INSTAGRAM

How to find new friends and start chatting on Twitch

Twitch is home to over 2 million broadcasters who publish over eleven million videos each month. Because there are so many options, it’s easy to find videos that you’re interested in, as well as new friends to chat with as you’re watching the videos.

Here’s how to start chatting on Twitch:

Once you are signed up and logged in, you can start browsing the list of available broadcasts. To search for a particular topic, enter the term you’re interested in into the search bar. For instance, you can enter cooking to see a list of results containing videos of people who are live streaming cooking-related results including live videos, videos previously recorded, and games that contain the reference that you searched for.

Click on the video that you would like to watch. That will bring up a page containing the video, as well as a live chat on the right side of the screen. To participate in the chat, simply enter your message into the box at the bottom right that says “Send a message.” Click the “Chat” button to send it.

Commands are available that enable you to perform actions such as changing the color of your user name or blocking particular users.

How To Use Twitch on other platforms

Twitch can be used on a variety of platforms such as computers (supported web browsers), mobile devices (such as iPhone or Apple devices and Android devices), and game consoles (like Xbox and PlayStation). You can also access Twitch through,

Chromecast: Broadcast, view, and chat from another device and watch on your TV

Fire TV: Broadcast, view, and chat from another device and watch on your TV.

Tips and Tricks for Using Twitch

Have a great time making new friends and watching fun ​and entertaining videos on Twitch!

The One Card To Rule Them All: Ace Elite Card Login Process