Am sure you’ve seen a presentation on a projector before. Presentations are designed in form of slides using Microsoft PowerPoint. These slides are mainly used for educational purposes. Are you faced with the task of putting together an exceptional presentation? You need to start from the basics to understand what Microsoft PowerPoint is all about.

Presentation software is the easiest way to create and show the kinds of slides you’ve likely seen in meetings or in classroom situations. There are several free options, including LibreOffice, Apache OpenOffice, and SlideDog. However, if you need to collaborate with others on the presentation, integrate with other Microsoft programs (like Microsoft Word), or if you need your presentation to be able to be viewable by anyone, you’ll want to purchase and use Microsoft PowerPoint. 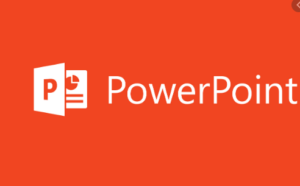 Microsoft PowerPoint comes with all of the features you’ll need to create presentations. You can start with a blank presentation, or you can choose from a variety of preconfigured presentations (called templates). A template is a file that is already constructed with various styles and designs applied. This option provides an easy way to begin a presentation with a single click.

You can also insert pictures and videos from your computer and the internet, draw shapes, and create and insert all kinds of charts. There are ways to transition the slides in and out as you present and animate the items on any slide as well, among other things.

Do You Already Have Microsoft PowerPoint In Your System?

Several Windows-based computers come with Microsoft Office installed. That means you might already have a version of Microsoft PowerPoint.

To check if you have Microsoft PowerPoint installed on your Windows device:

Where to Get Microsoft PowerPoint

Remember, Office 365 is a monthly subscription whereas you pay just one for the Office suite.

If you don’t want to create presentations but only want to view what others have created, you can get the Microsoft PowerPoint Free Viewer. However, this free viewer is slated to be retired in April 2018, so you’ll need to get it before then if you want to use it.

You will also discover that some offices pre-install Office 365 for their employees.

Over the years there have been many versions of the Microsoft Office suite. The lower-priced suites only included the most basic apps (often Word, PowerPoint, and Excel). The higher-priced suites included some or all of them (Word, PowerPoint, Excel, Outlook, OneNote, SharePoint, Exchange, Skype, and more). These suite editions had names like “Home and Student” or “Personal”, or “Professional.”

PowerPoint is included regardless of which version of the Microsoft Office suite you are looking at.