Home Review ClamXav – it can detect and protect Mac from Windows-based malware.

If you’re using a Mac and you need reliable antivirus software for your device, ClamXav offers a suitable one.

ClamXav is based on the open-source ClamAV virus scanner hence it can also detect Windows-based malware. In practice, however, ClamAV lags behind in the detection capabilities of commercial antivirus software. For Mac users, this may not be a significant limitation given that there is far less malware impacting the Mac OS. 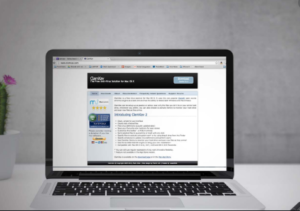 offers limited real-time scanning; designate the folders you want it to watch and instruct ClamXavs Sentry to load when your computer is started. Of course, this means malware that gets dropped into folders not watched by ClamXavs Sentry won’t be detected unless you perform a manual scan of the system and manual scans via ClamXav can be tediously slow.

ClamXavs is by no means the most capable Mac antivirus scanner and it’s definitely not the fastest. But since it’s free, you can go ahead and give it a try at Clamxav.com.