ENCRYPTION PROGRAM. With the world moving deeper into the digital age, data is becoming increasingly valuable and thus must be properly protected.

The last thing you want to happen is your data falling into the wrong hands, especially when one loses either a phone or a laptop. One way to go about protecting data is by encrypting it, especially using full-disc encryption software. 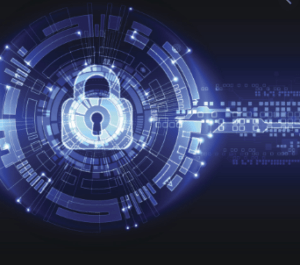 A full disk encryption software encrypts an entire drive, not just a few files or folders. Encrypting your computer’s devices keep your private data away from prying eyes, even if your computer is stolen.

TrueCrypt, Disc Crypto, and the COMODO.

The trueCrypt is a powerful disc encryption program that supports hidden volumes, key files, keyboard shortcuts, and other features. It is free and secure software. Not only can it encrypt whole disks of data at once but it can also encrypt the system partition that has an operating system installed.

In encrypting system volume with. TrueCrypt, you can still carry on with regular activities while the process. Completes in the background. This is really nice considering how long it takes to run full disk encryption on large amounts of data.

TrueCrypt works with Windows 10, 8, 7. Vista and XP as well as Linux. However, it can be unnecessarily complex sometimes and new versions are no longer being released.

This is one of the best free disk encryption programs for windows. It is simple to use and has certain unique features. Also, it allows one to encrypt the system as well as another internal or external hard drive. Then, it can be viewed and modified while the drive is mounted. There is no need to decrypt the whole drive just to access the files. If your computer reboots while a drive is mounted and readable, it automatically dismounts and becomes unusable until the credentials are entered again.

Encryption here can be paused while ongoing. Disk Cryto works with a RAID setup and can encrypt iSO images to produce encrypted CDs or DVDs. It is a free program, supports keyfiles and it is easy to use. However, it has a major glitch that can render the encrypted system volume unusable.

COMODO is a straightforward program. Having no unnecessary extra features. The program supports a wide range of. Hashes and encryption algorithm but does not support operating systems newer than Windows 7.

The program can be password protected to prevent authorized changes. In serving as a small backup program, it allows you to. Copy one USB hard drive directly to another. The program however cannot be paused and it cannot encrypt more than one hard drive at once.

How to Use Kodi | Ultimate Guide for Kodi Beginners