Home Review Ten commandments – Ten Commandments Of The Bible – Where is Ten...

According to the second book of the holy scripture of the Christian religion (Exodus), God revealed to Moses the Ten Commandments on Mount Sinai. This commandment was given to guide man in his actions and in-action. It is referred to as the Divine Law in Catholicism and The Christiandon as a whole. This law can be also called divine positive law which regulates the activities of every human being on earth. 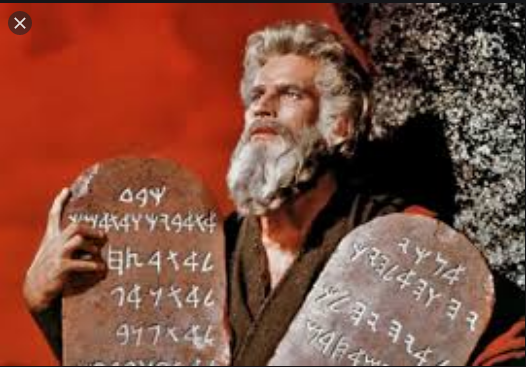 The church sees this as a basic instruction that if followed or adhered to will guarantee one eternal ecstasy. Hence, whenever you flout any rule, there will be a penalty for that. This means that you bear the consequence for each law disobeyed.

Ten Commandments Of The Bible

Sequentially, the Ten Commandments are as follows:

This rule believes in monotheism, which implies the belief in one God i.e it forbids every form of idolatry, the worship of false gods and goddesses, by rejecting any form of polytheism. This very command centers on the disengagement of serving another god apart from the supreme God.

This command centers on the total respect and observance of the power of the name (God). It tries to lucidly explain the uniqueness and the powerful attribute of the name and as such, every individual is expected to give the name total submissive respect since you love the nature of your creator.

ALSO READ:  How to Host a Zoom Meeting

Here, it emphasizes the killing of a human being(s) which is regarded as unlawful and unjust. More so, killing an aggressor or tyrant is considered killing but not immoral.

God wouldn’t want to see us shed blood of humans immorally or illegally because in his image we were created and as such, he deserves every bit of respect to his divine creativity.

Stealing has become one of the most persisting and most prevalent social vices. Any form of embezzlement, fraud, cheating, etc. is termed stealing. God expects respect and the tolerance of other peoples’ wealth and possession. The illegal possession of what doesn’t belong to you, the denial of people’s will or wage is also a form of stealing.

This command evolves on false witness or lying. It condemns every form of lying which is very immoral and not acceptable by the doctrine of the Christian virtue. God expects truth to always emanate from our mouth.

This rule forbids any immoral desire for sexual intercourse between a man and another man’s spouse. This actually depicts the importance of keeping the human body spiritually clean and free from every form of sexual sin as one man is entitled to one wife.

This commandment forbids any form of acquisition of another man’s property along with every other sacrosanct paraphernalia. It also discourages every form of greed, jealousy, envy, and any form of theft.

Where is Ten Commandments in the Bible?

The Ten commandments is located in the Bible in the book of Exodus  20 verses 1 to 17.

Bitcoins – A simple understanding of How Bitcoin Works