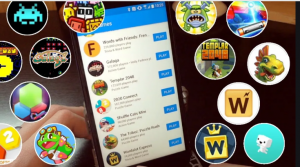 Facebook has so many interesting popular games like candy crush, subways surfers, chess, etc. currently, the Facebook messenger has thousands of interesting games and making the right choice of which game to play is a big problem that is why I have decided in this article to create a Facebook messenger games list. After reading this article you should be able to choose your favorite and start challenging millions of players.

You may be wondering what do I have to gain from playing the game on Facebook why I can download and play the same game on my phone. However, they are many benefits you stand to gain.
Firstly, Facebook messenger games will help you save space on your phone. You may have to download another game before you can play them.

But with the Facebook messager game, you only have to download just one app ( Facebook Messenger app) and inside the app, you can play any type of game.
Secondly, Facebook is a social and interactive network. It’s a thing of joy when you challenge your friends on Facebook to a game. You enjoy playing games with old-time friends like your old school mates. Unlike the games, you download on your phone that only has to be played by just you.

It’s very easy to start playing a game on Facebook messenger. All you need to do is to open the app, then start a conversation with a friend. Thereafter tap on the game controller icon just below where you type messages. Chose a game to play. After you finish a round, your active friends can see your score and will have the opportunity to challenge you back. People can also search for games in the search field or through the Facebook News Feed.

and making the right choice of which game to play is a big problem that is why I have decided in this article to create a Facebook messenger games list.