The following apps can easily be considered the best video call apps available right now. These include:

This has been around for a long time and continues to evolve through the years. It works across various platforms including the web, desktop, and Xbox. It allows for up to fifty participants and can be used for voiced only calls to other devices and even landlines. One can display live substitutes on Skype, share files, make personal video chats, and even business calls.

Skype is considered one of the best when it comes to video calls generally. 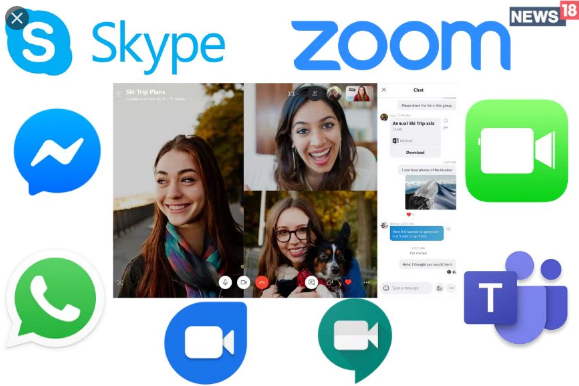 This is one of the most casual groups video call apps. It has a casual party-live group video experience. Meetings here are not scheduled or planned in advance; you can suddenly find yourself face to face with friends almost without warning. The app has built-in games to play during video chats and it exists on iOS, Android, Chrome, and Mac. It syncs with your Snapchat and Facebook contacts to help you connect to people you know. It can take a group of eight persons at once.

ALSO READ:  TP-link Router Login - How to Log in to a TP-Link Router

Bunch is a video app that is almost entirely concerned with party games. It is a great place to play games with friends, allowing for eight persons to play at the same time. The games include flappy bird clone, billiard, and others.

The app though is sometimes considered too aggressive as regards trying to connect to your friends.

This is one of the most popular apps that can be used for video chats. Chats can take up a small window within the app, allowing one to continue browsing Instagram while chatting. For a group video chat, it can take up to six persons and chats cannot take place on a desktop or the web. It is limited to the mobile app alone.

This is much like a video chat walkie talkie. A video version of the email. You simply choose a group or a person and start chatting. Videos are left as clips for others to watch when they check-in and they can make their contributions or replies on checking in. Thus conversations continue even without the availability of everyone. Marco Polo can take up to two hundred people in a video chat at once, possessing voice effects and cameral filters.

There is a Marco Polo Plus subscription for five dollars a month giving you extra features like HD. video support and video playback speed controls.

Viber is a superb messaging app used for text, voice, and video calls. It is very a useful app for keeping friends and family connected. The app has its own online community of message boards you can join in on and it can handle up to twenty persons at once.

During video calls, the current speaker takes over the entire display, so you can solely focus on whoever is talking. Viber also works across most platforms including Windows, Mac, and Linux. It is however not a very popular app, so your friends or family will not probably be on it.

Obligor – Basic Understanding Of The Contract Of Debt Payment