Windows have been around for so long that we virtually move our old stuff over to the newest version and continue from where we stopped. Each upgrade comes with more capabilities which we leave unharnessed most of the time. For instance, what do you do with your Windows 10? Your response may not be so different from what you did with older versions of Windows. There are several apps at your disposal that can add fun to your life and make it more comfortable. Here are the 6 best Windows 10 Apps for 2018 in the store you should check out: 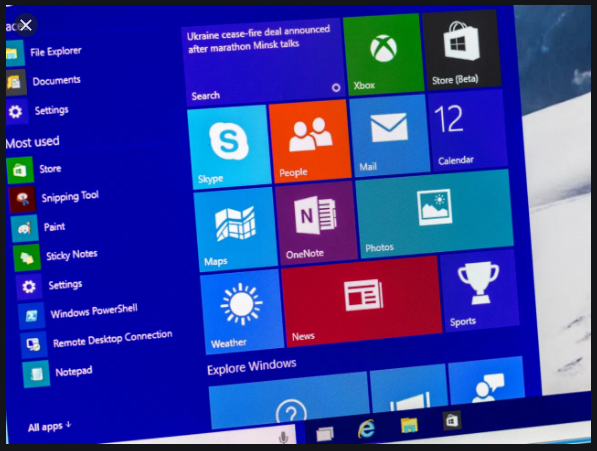 Firstly, Dolby Access for Epic Surround Sound is a free app from Dolby Laboratories that enables Dolby Atmos on Windows 10 devices and also on Xbox One video game consoles. Dolby Atmos is a new version of surround sound that uses spatial audio to create extra depth and atmosphere. This new audio technology is supported by many shows and movies on Netflix as well as newer Blu-ray and digital releases. Music lovers should definitely check it out. Dolby Access works on computers or tablets running Windows 10 in addition to Xbox One video game consoles.

Those wanting Dolby Atmos-enabled when using their headphones will need to pay extra via an in-app purchase.

Organize your day with this beautiful Microsoft To-Do app. This is a new first-party Microsoft app that the company launched in 2017. The app works as a very streamlined list app that can be used to create basic shopping lists or more advanced plans that incorporate location data and dates.

Microsoft To-Do connects to the user’s Microsoft account which allows all changes made to be automatically saved to the cloud and synced with other versions of the app on iPhone and Android smartphones.

The streamlined design of Microsoft To-Do ironically makes the app a bit hard to manage at times. It can be easy to lose track of items if you forget to open the app for a day or two and they’re automatically moved down the list.

Thirdly, Bitcoin mining is becoming more and more popular but for most people, the entire concept is way too confusing and intimidating. Also, Bitcoin Miner streamlines the process enormously with an easy-to-understand app that’s free to install and only requires the user to press the big button that says START. Bitcoin Miner works on Windows 10 PCs and tablets and Windows 10 Mobile Windows phones.

Bitcoin Miner is free and makes mining Bitcoin so easy for anyone with a Windows 10 PC or tablet. No knowledge of Bitcoin or blockchain technology is required.

Bitcoin Miner runs on all Windows 10 devices however the technology behind Bitcoin mining does mean that those with cheap, lower-end computers won’t be earning as much as those who own powerful gaming PCs. Earnings will vary greatly.

For artists and beginners who want to stretch their imaginations, Autodesk SketchBook is a powerful app that transforms your Windows 10 touchscreen device, like Microsoft’s Surface line of computers, into a digital canvas. Autodesk SketchBook boasts over 140 different types of digital brushes, a user interface that’s designed for the native stylus and touch experience, and a ridiculous amount of color and effect options.

Users can make the best of all of the app’s features with a large number of illustrations and video tutorials embedded in it. These can help educate you on how to draw and paint almost everything imaginable with the tools available.

This is a fantastic app for those that already own a Surface Pen but since that accessory is no longer being bundled with Surface Pro computers, there will be quite a few users who will have to buy one before they can use it Autodesk SketchBook.

Cryptocurrency is gaining popularity but there are still far few ways to keep track of crypto portfolios, trades, and transactions. Crypto Chart aims to solve this problem by being the first Windows 10 app that can perform all of these functions and more.

Crypto Chart allows users to track the prices of literally hundreds of crypto coins and supports a customizable portfolio feature that sorts funds by currency and can even track specific values by transaction dates. The app also supports custom alerts for when a crypto coin’s price jumps or drops and a special news feed collects all of the breaking Bitcoin and cryptocurrency news from a variety of websites all on one page.

Crypto Chart supports Windows 10’s Live Tile feature which means that when you pin the app to your Start Menu, it will display the prices of your chosen cryptocurrencies directly on the app’s tile. You don’t even need to open the app to check your daily prices.

While some of the websites in the news feed are a great source of crypto news, some others are quite unreliable and feature a significant amount of promotional material. Thankfully, specific sites can be removed from the feed in the settings but the user will need to know what to look out for and most people who are new to Bitcoin and crypto won’t.

There’s an official Instagram app for Windows 10 PCs and tablets which allows users to receive notifications about new Instagram messages directly within the Windows 10 Action Center and the app’s Live Tile feature will display the profile images of people who have commented on your photos when pinned to your Start Menu or Start Screen.

By far the best perk of having Instagram on your Windows 10 device though is that it makes watching Instagram Stories much more interesting. With the bigger screen size, watching your Instagram Stories feed feels more like watching YouTube videos. It’s now easier to let the app play through all the latest Stories while cooking in the kitchen or working out. Your hands are now completely free when viewing them, unlike when using Instagram on mobile.

Those using the app on Windows 10 devices without a touchscreen may be frustrated by the obvious touch-based navigation design. The app is still usable with a mouse though.

FCP 7 Tutorial – useful guide to help you find your way through.

HOW TO DELETE APPS ON CHROMEBOOK – What You Need To Know