To some, Holidays remain an important part of Christian faith which revolves as a tradition of the time. During these periods, Christians fail not to believe that Holidays should be kept sacred. On these days when the church recognizes, it connects Christians of today with Christians beyond the century.

You can see our post about the Ten Commandment here 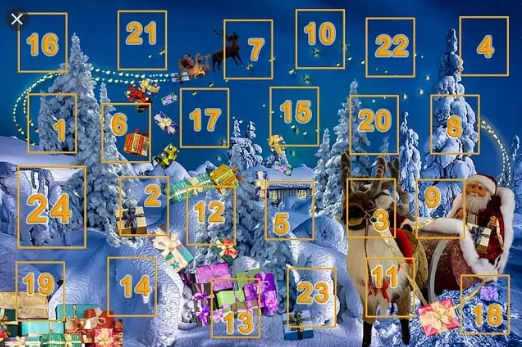 Lent was first observed in the fourth century as a 40 days practice between the Ash Wednesday and Easter. It dawn on Christ-like to examine themselves and proclaim Christ. It is usually accompanied by fasting days. The Catholics over time refrain kids above 14 from eating meat.

This practice was edified to help unify people who could afford meat with the poor who couldn’t. Furthermore, those between the ages of 18 and 59 are expected to eat only one full meal and two smaller meals and are not expected to eat between meals.

Orthodox Christians place more value to play along with the observance of fasting during lent because of its importance in one’s spiritual growth. Meat, eggs, and dairy products are not allowed, with some other restrictions on certain days. They are permitted to only eat fish on the feast of the Annunciation and Palm Sunday.

Also, some protestant churches observe lent; such as Anglican and Episcopalian. But many of the protestant denominations place less significance to the season of Lent than Individual holy days leading up to Easter.

From the book of Matthew 21:1-11, Christians observe Palm Sunday before Easter in remembrance of the triumphal entry of Jesus into Jerusalem. Out of the fact that Jesus rode on a donkey into Jerusalem and a large number of people in the city spread out palm branches on the ground before him portraying a sign of kingship, the name Palm Sunday was birthed.

Palm Sunday is a significant practice that emphasizes of the glory of Jesus. Out of excitement, some churches spread palm branches at the front of the sanctuary as a way to honor the event.

Throughout the three years of Jesus’ ministry, he manifested as the messiah. So many received healing and were told not to say anything about the miracle.

From the book of John 13-17, Christians observe the last supper of Jesus. This significant practice was a revelation birthed from Jesus’ supper with his disciples. It also draws a connection between the Passover sacrifice, a Jewish tradition, and Jesus’ sacrificial role on the cross.

The last supper or last feast is the night before Jesus was crucified. He chooses to have a Passover supper with his disciples. Before time, Jesus knew it would be the final opportunity he has to instruct his disciples who made him converse with them for a long couple of times about his purpose and what should be his follower’s response.

As he was going to be crucified, he promised them the Holy Spirit. He washed the feet of his disciples in the demonstration of humanity and servanthood.  Lastly, he gave bread and wine to his disciples and instructed them should do it in remembrance of him. This is where the revelation of communion birthed from.

At the last supper, Jesus gave the disciples a new command derived from the Latin word Maundy which means Command. It says “a new commandment I give to you, that you love one another, just like I have loved you; that you also love one another and by this, everyone will know that you are my disciple.

Observance: the crucifixion of Jesus on the cross.

From the book of Luke 23, Good Friday marks the day of the crucifixion of Jesus on the cross of Calvary for the sins of the world. This isn’t a happy day for the body of Christ (Christians). Good Friday is a day of mourning and sorrow over the death of Jesus Christ and a sign that he died for the sins of the earth. To some, it is a great day of gratitude for the sacrifice Christ made.

Protestants churches hold a service between 12non to 3:00 pm as an Honor. Within this period, catholic removes everything on the altar and kiss the crucifix as an expression of worship. Some even hold dark services with a candle.

Duration: First Sunday after the full moon after March 21

Easter Day for the year seems to be a logical decision from the lunar calendar. This means that it is tired of the start of solar spring. Protestants and catholic continually follow the long-ago rule that falls on the first Sunday after the first full moon on March 21.

But the Orthodox Churches wanted to place Easter to Jewish Passover day, following the calendar of Jew to that determine the day of Passover. Easter for the Orthodox varies with as much as five weeks from the western church.

Observance: The Coming of the Holy Spirit

According to the Jewish calendar, Pentecost was held 50 days after Passover. The Jew practices these feats in honor of thanksgiving for the harvested crops. But Pentecost for Christian means something farfetched.

Christians learned to observe this as a remembrance of instruction from Jesus on the day of the last supper (see John 14:16) and also from the account of the incident that trespassed after 40 days of the resurrection (Luke 24:51). However, the fulfillment of this practice came to pass on the day of Pentecost when Peter and the early church were in Jerusalem for Pentecost

In some parts of America (North America), Christians don’t recognize the Pentecost day.   But the traditional European churches consider it as a major feast day. Pentecost is also known as “Whitsuntide” in parts of Europe. These holidays of Christians are observed for two days: Christmas (December 25 and 26), Easter (Sunday and Monday), and Pentecost (Sunday and Monday).

Christmas marks a remembrance day for the birth of Jesus in Bethlehem. Christians also celebrate the events surrounding his birth, such as an angel’s appearance to shepherds, telling them to visit the newborn king.

Across the world, Christmas is certainly the most popular, at least in terms of cultural and social significance. Nevertheless, the early churches never considered as the most important Christian holiday. Thus, the Church had enough pro-observance support to mark the calendar.

In as neither much as the New Testament nor any historical record marks the exact date of Jesus’ birth. Churches initially considered different dates such as January 2, March 21, March 25, April 18, April 19, May 20, May 28, November 17, and November 20. But the Western Church first observed December 25 in the fourth century, and eventually, Eastern Churches followed suit.

Most of the traditional customs of Christmas include gift-giving, tree decorating, light hanging, and feasting, etc.