Most apps installed in your system continue to run in the background even after you close them. As they do so, they eat up your data and slows down the overall performance of your system. This might be happening without your notice, do you think all those real-time notifications from your favorite apps come without a price? Think again. But how can we curb this? You can discover those culprits and take care of them by using App Tamer. This is suitable for Mac devices.

App Tamer, just as the name suggests, control your apps individually, both active foreground apps and apps that work in the background. It stops them from running behind the scene so your CPU will have a reduced workload. 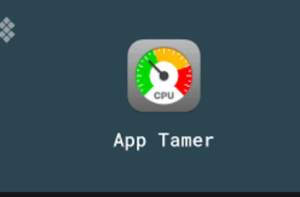 Installing App Tamer on your Mac involves dragging it to your /Applications folder and then simply launching the app. The first time you use App Tamer, it will install a background helper app it uses to monitor processor usage. Aside from the helper installation, which only requires your administrator password, App Tamer installation is as easy as it gets.

Should you decide to uninstall App Tamers for any reason, simply quit App Tamers, and then drag the app to the trash. For a complete uninstall, you can also delete the helper tool located at: /Library/PrivilegedHelperTools/com.stclairsoft.AppTamerAgent.

App Tamers does most of its work in the background and only presents itself to the user as a menu bar item. Through the menu bar, App Tamer provides graphs showing overall CPU usage, CPU usage by app, and CPU usage saved by App Tamer. Just below the graph, the App Tamer window shows a list of all the apps and services currently running; an additional section shows the apps that App Tamer is actively managing.

App Tamer’s first task is to manage how an app uses your Mac’s CPU resources. One of the simplest uses of App Tamers is to intervene when an app is out of control and using excessive resources. This can usually be noticed as your Mac becomes sluggish when trying to work with other apps, or you hear your Mac’s fans spin up as the internal temperature rises from excessive CPU usage.

you can simply click on the App Tamers menu bar item and take a quick look at the Running Process list to see which item is hogging CPU usage. You can then either right-click the app name and select Force Quit from the popup menu, or for an approach that’s a bit more subtle, you can assign the app to be managed by App Tamers.

Each app in the App Tamers window includes a small square next to its name. Clicking on the square allows you to set up how App Tamers will manage the app. You can choose to have App Tamers completely stop the app whenever it isn’t the frontmost app, or you can slow down the app, restricting it to a percentage of available CPU time.

For the most part, the preconfigured apps have their App Tamer management settings pretty well set up. While some are set to stop completely when not in use, others such as Mail and Safari, are set to slow down when they’re in the background. Not a bad idea, since it allows both apps to continue to work on downloading messages or updating a web page, but doesn’t allow some out-of-control ad in Safari to drain your Mac’s battery.

App Tamer is an easy-to-use utility to help you control how your Mac utilizes its CPU resources and assigns them to the various running apps and services. Although App Tamer is a very easy app to use, it is by its nature an app for advanced Mac users, who have a good understanding of how apps interact to use processing resources, and how that affects other variables, such as battery runtime. App Tamer is an effective tool for extending battery life or keeping your Mac running cool on hot summer days.

It has its cons like the case of beach balls mentioned above. This can occur when a running app, such as your browser, is stopped or has limited CPU utilization. As you move your pointer around on your Mac, when you move across the browser window, the cursor will likely change to the spinning beach ball. It’s not App Tamer’s fault; it’s just a quirk in how the Mac works. Nevertheless, it can be a bit of a surprise.

In all, App Tamer does exactly what it claims: manage Mac’s CPU utilization on a per-app or service level. Its interface is well-designed and intuitive to use.