Adobe Photoshop is one of the first and most popular photo editing software. It’s used by professionals and the world’s top designers in creating mind-blowing images, movies, and video games. It requires skills so people pay handsomely to learn how to use it and the software also comes with a price.

If you’re not well suited and cannot meet up to the requirements of using Photoshop, there are other alternatives you can consider. These Best Free Photoshop Alternatives offer some of Photoshop’s features and will not cost you a dime to use. Each of these free applications offers its own unique functionality, and some may be better suited than others when it comes to meeting your specific needs. One of the free options listed below (or a combination of several) may be exactly what you are looking for to create or modify an image. 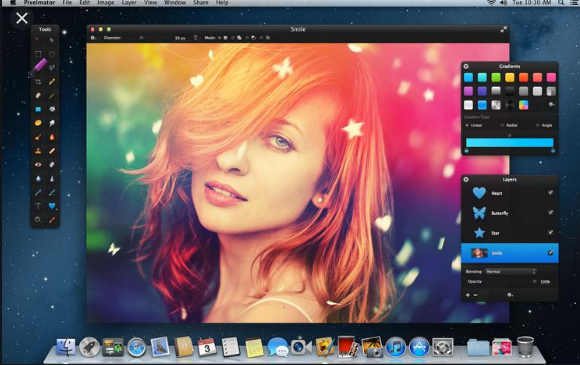 GIMP is one of the most full-featured Photoshop alternatives. It offers such a large set of features that even the most complex tasks can be achieved without any strain on your budget. With a very active developer community that has historically listened to user requests and feedback. This free option continues to innovate and grow.

While not always as intuitive as Photoshop in terms of functionality and design, GIMP makes up for some of its perceived clumsiness with several in-depth tutorials for both beginnings. And advanced users that help you use the majority of its components with little or no pre-existing knowledge of the open-source application.

Available in almost twenty languages for Linux, Mac, and Windows platforms, GIMP recognizes almost all file formats that you’d expect from a paid editor like Photoshop including GIF, JPEG, PNG, and TIFF among others. As well as partial support for PSD files (not all layers may be readable).

Also similar to Photoshop, a large number of third-party plugins are available that enhance GIMP’s functionality further. Unfortunately, the main repository that houses them is outdated and hosted on an insecure site. So we cannot recommend utilizing registry.gimp.org at this time. However, you can also find some GIMP plug-ins hosted on GitHub. As always, download at your own risk when dealing with unverified third-party repositories.

Pixlr is a browser-based alternative to Photoshop, Pixlr is owned by well-known software developers Autodesk and is quite robust when it comes to available features and allows for progressive editing and enhancing as well as original image design.

The Pixlr Express and Pixlr Editor web apps will run in most modern browsers as long as you have Flash 10 or above installed and offer a significant number of integrated filters along with limited layer support.  Pixlr recognizes major graphic file formats such as JPEG, GIF. And PNG and also allows you to view some PSD files. Although those larger in size or complex in nature may not open.

The web-based Pixlr even has a handy Webcam feature built right into its dashboard that lets you capture and manipulate photos on the go. In addition to the browser version. Pixlr also has free apps for both Android and iOS devices that let you perform a number of editing features from your smartphone or tablet. The Android app is so popular. In fact, that it has been installed on well over 50 million devices.

A free Photoshop alternative strictly for Windows versions 7 through 10, the Paint.NET interface is reminiscent of the operating system’s Paint application; the traditional image editing tool for PC users worldwide. The similarities are no coincidence. As the original developer’s intent was to replace MS Paint with something a little better.

Paint.NET offers similar options to other photo editing tools in the market which includes the ability to use multiple layers and blending, all the while maintaining a fairly simple interface that lends itself to even the most novice user. If you do get stuck, the Paint.NET forums are an invaluable source for assistance where inquiries are sometimes answered in mere minutes. Couple that with the tutorials found on the same website. And this Windows-only graphics editor offers a user-friendly experience.

Although Paint.NET does not provide some of the higher-end functionality of Photoshop or even GIMP, its feature set can be expanded upon through the use of third-party plugins. For example, the application does not natively support PSD files but can open Photoshop Documents once the PSD plugin is installed.

Paint.NET can run in almost two dozen languages and is free to use for both business and commercial purposes with no restrictions.

PicMonkey is another platform-independent, web-based design and editing tool with a lot to offer. It was seemingly designed with the amateur user in mind but also packs a punch for those looking for more state-of-the-art features. As long as you have a browser running Flash. PicMonkey is accessible on virtually any platform and lets you start your creation from scratch or begin editing an existing image file in under a minute.

PicMonkey will not replace Photoshop’s more advanced functionality and you won’t have much luck with PSD files, but it is ideal for working with filters and even creating collages from within your favorite browser. The free version offers quite a bit in terms of features. But you’ll need to pony up some cash if you want access to some of the app’s exclusive effects, fonts. And tools as well as an advertisement-free experience.

The premium adaptation of PicMonkey features a 7-day free trial that can be activated by providing your email address and payment information. If you want to continue using its advanced functionality long-term, though, a monthly fee of $7.99 or $47.88 for an annual membership is required.

With an oft-updated blog featuring a bevy of tips and tutorials, you should be able to figure out whether or not PicMonkey is the right option to suit your needs within the week-long trial period. Smartphone and tablet users may also want to try the free PicMonkey Photo Editor app, available for both Android and iOS platforms.

SumoPaint’s interface is very similar to that of Photoshop. The similarities are more than just skin deep, too. As its layering functionality and fairly wide range of editing tools – including several brushes and wand types – make it a formidable alternative.

The free version of SumoPaint runs in most Flash-enabled browsers and is mainly supported by on-page ads. There is also a Chrome Web App available for Chromebooks as well as users running Google’s browser on other desktop operating systems.

More intricate projects may not be suitable for SumoPaint, and its file support is somewhat limited and does not include Photoshop’s default PSD format. You can open files with traditional image extensions such as GIF, JPEG. And PNG while edits can be saved in the app’s native SUMO format as well as JPEG or PNG.

If you try the free version and feel that SumoPaint is what you’ve been looking for, then you may want to give Sumo Pro a whirl. The paid version allows for an ad-free experience as well as access to additional features and tools for about $4 per month if you pay for a year in advance. Sumo Pro also offers a downloadable version of its software that can be used while offline. As well as access to a dedicated technical support team and cloud storage.

An interesting editing and painting tool, Krita is an open-source application that has seen its feature set expand significantly in recent years. This Photoshop alternative supports most PSD files and offers advanced layer management with a nifty palette and a seemingly endless amount of brush customizations that can be stabilized to smooth out even the most unsteady hand.

Free to download, the regularly updated desktop application also utilizes OpenGL and allows you to author and manipulate HDR images; among many other benefits. Available for Linux, Mac, and Windows, Krita boasts a fairly active forum containing sample artwork created by members of its user community.

There is another version of Krita optimized for ultrabooks and other touchscreen PCs, named Gemini, available from Valve’s Steam platform for $9.99.

While Adobe charges a fee to use its main Photoshop software. The company does offer free image editing tools in the form of the Photoshop Express application. This surprisingly capable app allows you to enhance and tweak your photos in a number of ways.

In addition to correcting issues such as red-eye with just a tap of the finger, Photoshop Express also makes it easy to apply unique effects and incorporate custom frames. And borders before sharing your pictures on social media or elsewhere from right within the app itself.

HOW TO USE SEARCH OPERATORS TO FIND EMAILS IN GMAIL

Redbox On Demand – platform for rentals via automated retail kiosks.