Home Review Where Should You Buy Your Digital Movies – getting into the mix.

People are gradually letting go of Compact Disks (CD) and seeking digital alternatives for their movies and music. And soon, the digital world will take over our movie collection completely. Are you looking for the best place to buy your digital movies and TV shows? You will get to know me shortly.

In 2001, Apple released the iPod and unleashed digital music on the world. So when they launched the iTunes Music Store two years later, it was an easy decision to go with Apple. But with digital video, Apple, Amazon, Google are all competing to be our providers. Even Microsoft is belatedly getting into the mix. They all have their perks, but one unsettling fact remains true with all of these providers: you can’t simply download your movie and use it on any device you want. You are locked into using that particular company’s app, which may not be available on every device. Below are some of the popular options available where you can Buy Your Digital Movies with their pros and cons: 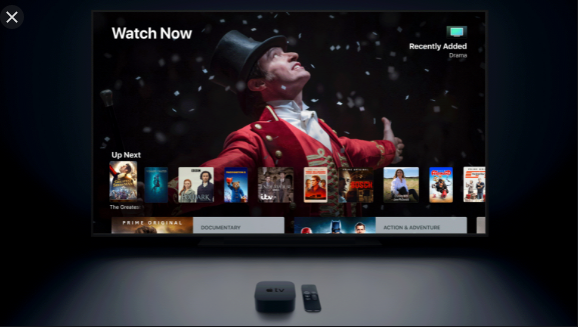 For those using Android and Apple mobile devices, Google Play has lots of Movie and TV apps. Google Play offers some titles in UHD, but these titles aren’t marked in the store, so it can be difficult to know if any particular movie is available in UHD until you go to buy it. Google Play does offer a $0.99 rental to new customers, so it is worth checking out if just to save a couple of bucks on a movie night.

You can stream Google Play on your iPhone, iPad, Android, PC, Roku, many smart televisions, or through Chromecast. Google Play isn’t available for Apple TV, but if you have an Apple TV, you can use AirPlay to stream your Google Play collection.

If you own an iPhone, iPad, and Apple TV, you can easily do your shopping in iTunes. As you can imagine, Apple’s ecosystem works great together. The TV app on Apple TV and iPad bring your collection together with various subscription services like Hulu and HBO Now, which makes browsing for what to watch much easier. You can also download movies to your desktop or laptop as well as your iPhone or iPad, so you can enjoy your collection offline.

What you can’t do is watch anything on Android. Or Roku. Or your Smart TV. Or that Blu-Ray player with all the streaming apps. Or basically anywhere besides a PC or an Apple device. So you can’t take your collection with you across devices.

Fans of UHD/4K will also be disappointed to know that iTunes does not cover that. But despite the lack of 4K offerings, Apple is top-notch in just about every other category. They offer a great streaming service, you can download your movies to any device that can actually play them, they always have some type of deal going on, and what’s better, those deals are easy to find through their fairly decent interface.

Amazon’s Prime service, which includes a Netflix-style streaming service alongside the free two-day shipping, helps make Amazon Instant Video a prime target for the holder of our digital library. They also offer a selection of 4K videos and allow downloads to mobile devices for offline viewing.

Amazon Prime and Amazon Instant video are available on a wide range of devices, including the iPhone and iPad. Amazon also supports Android smartphones and tablets, Roku, XBOX, PlayStation, PC, most Smart TVs, and (of course) Amazon’s Fire devices, which run on top of Android. And while they don’t have an Apple TV app, you can stream to Apple TV via AirPlay.

Vudu was launched in 2007, but in 2010, they were acquired by Wal-Mart. And while Vudu isn’t a household brand, Wal-Mart certainly is. Vudu offers movies in SD, HD, and their own HDX format, which is a slightly superior rendition of HD. Some movies are also available in Ultra HD (UHD).

One nice benefit of Vudu is the ability to download the movie to your PC. Most video providers are now offering offline downloads for mobile, but Vudu and Apple offer the same service for desktop and laptop PCs. You still must use their respective apps, but it’s a nice benefit.

Vudu supports UltraViolet, which is a digital locker that gives you access to digital copies of DVD and Blu-Ray titles. This is a great way to build your online collection while still buying DVDs and Blu-Ray discs. Vudu also offers some movies for free with advertisements.

Compatibility? Vudu has perhaps the widest range of support for devices. You can get it on your Roku, iPhone, iPad, Android smartphone or tablet, Chromecast, XBOX, PlayStation, and a number of Smart TVs.

You’ve seen the four best overall choices for your digital movies and TV collection, but there are several other companies competing for this spot that didn’t make the top of the list.

FandangoNow: Previously known as M-Go, Fandango Now is the closest on the list of also-rans to make it to the big list. They have the same variety of movies and TV shows you would expect from iTunes and Amazon, you can watch them on devices ranging from your Roku to your Android device to your iPhone/iPad to your PC and even your XBOX ONE, and they offer a credit system to help you earn free stuff. The acquisition and transition from M-Go to FandangoNow is rather recent, so more innovations are yet to come, but they are a leading contender to go toe-to-toe with Vudu if not Amazon or Apple.

The tech leader that dominates the desktop and laptop market has been rather late to the game when it comes to streaming. But their tardiness isn’t the reason they don’t make the list. The lack of availability on iOS, Android, Roku, and other non-Microsoft platforms is a good enough reason to skip buying from them.

Sony: Surprisingly, Sony holds one of the best cut-the-cord solutions out there in PlayStation Vue. And if we were looking for cable-over-internet, they would definitely be on the list. But while they sell digital movies and TV, they have the same platform-dependence issues as Microsoft.

HOW TO CHANGE THE GMAIL PASSWORD ON ANDROID OR IPHONE

Evergreen Loan Definition – Understanding In Details How it works