Here we will be looking at market cycles, what they are, as well as the four stages of market cycles. So let’s start with the obvious question that most people ask 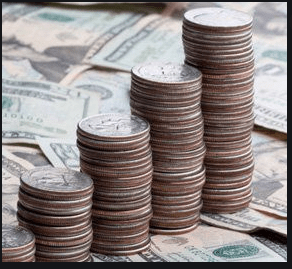 What is the Market Cycle?

A market cycle otherwise known as stock market cycles is a pattern. That indicates when new trends in an economy.  Market or industry have developed.

Markets move in cycles along with growth and contraction in the underlying economy. And usually, these periods start with a slow growth, which accelerates and gets to a peak. Which is then followed by a sustained bout of economic weakness.

Investors are known to experience these cycles via the medium of markets. Which rises and falls. As economic growth decreases and flows. As the economy grows, consumers and businesses spend more. Boosting revenues and profits, and then as growth weakens and then contracts. Those same consumers and business slow their spending and. Perhaps cease altogether in some areas.

Newmarket cycles are formed when trends within a particular sector. Or industry bud in response to meaningful innovation, new products, or regulatory environment. Understand that these cycles or trends are often known as secular and during these periods. Revenue and net profits may exhibit growth patterns among many companies. Within a particular industry, which is cyclical in nature.

Normally, market cycles are often difficult to pinpoint. Until after the fact and rarely have a specific, clearly identifiable beginning or ending point which most times leads to confusion or controversy which surrounds the assessment of policies and strategies.

The Four Phases of a Market Cycle

This is a phase that occurs after the market has bottomed and the innovators, which are the corporate insiders and a few value investors and early adopters (smart money managers and experienced traders) begin to purchase, figuring the worst is over. In this phase, valuations are very attractive, and the general market sentiment is still bearable.

This phase is one that occurs when the market has been stable for some time and moves higher in price. Here the early majority are getting on the groove. This group includes technicians who, noticing that the market is putting in higher lows and higher highs, recognize market direction and sentiment have changed.

The Distribution phase is one where the sellers begin to dominate as the stock gets to its peak. This part of the phase or cycle is characterized by a period in which the bullish sentiment of the previous phase turns into a mixed sentiment. Here, prices can stay locked in a trading range that can last a few weeks or even in months.

The Downtrend cycle happens when the stock price tumbles down. This happens to be the fourth and final phase and happens to be the most painful for those who still hold positions. Now many may still hang on because their investment has fallen below what they paid for it.