If you sometimes wonder how old is the internet? you are not alone as they are other people who actually have this same thought. You can think about the age of the internet in different ways. The first is measuring how long the technology behind the internet has existed, and second, being how long ago the world web as most people refer to the internet was birthed. 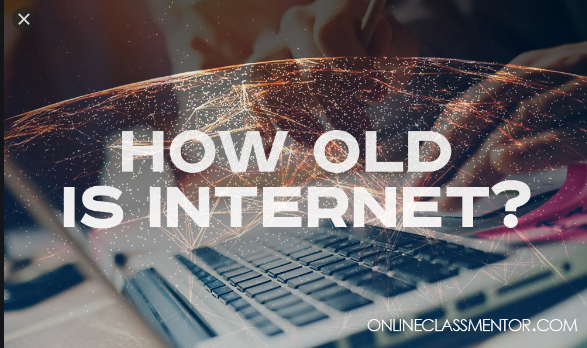 Is the Internet and the World Wide Web the Same Thing?

The internet and the world wide web are actually different. Yes, you heard right!!!

How Old is the Internet?

The technology responsible for the creation of the internet started in 1969. This was when computers at several universities in the US became connected for the first time. The universities, included Massachusetts Institute of Technology (MIT), the University of California Los Angeles (UCLA), Harvard and Stanford universities.

Then, the internet was referred to as ARPANET instead of the current name that it is now known with. APRA is an acronym for the Advanced Research Projects Agency, which happens to be the body that developed the technology. It is an agency of the U.S. Department of Defence which was founded in 1958. The technology responsible for the creation of the internet in 2017 clocked 48 years.

ALSO READ:  Line App - messaging and calling app you could think of using

Also referred to as a “network of networks”, the internet is the infrastructure that links networks across the world, including both the hardware (computers, servers, cables, etc.) and the software.

Here’s how it works:

When you use an app on your phone, send an instant message, transfer a file straight from one computer to another through file transfer protocol (FTP) or you send an email, you are making use of the internet.

How Old is the World Wide Web?

The World Wide Web, which is how most people refer to the internet today, actually came 20 years after the internet, in 1989, which means it clocked 28 in 2017.

The World Wide Web is the brain-child of Sir Tim Berners-Lee, who was an English computer scientist. It was, who came up with the idea in March 1989 and, in the middle of November, oversaw the first communication between a server and a user of HTTP (Hypertext Transfer Protocol).

The web is another medium for transmitting data over the internet. This is how it operates:

You enter a string of characters known as a uniform resource locator (URL) into a browser. This URL describes the location of a document written in Hypertext Markup Language (HTML), full of links and silly cat GIFs.

How Big is the World Wide Web?