A fitness tracker is a device that measures one’s steps, heart rate and general level of activity. It uses this information to measure how many calories one has burnt.

Similar devices like the heart rate monitors and pedometers have been around for years but the all-in-one nature of the fitness trackers makes them necessary for health enthusiasts. 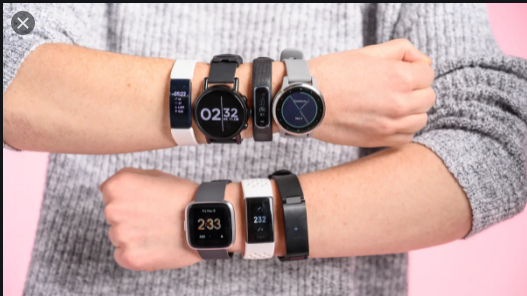 Most fitness trackers measure relatively simple exercises like walking, running, cycling and others. It calculates calories expended from these activities.

Some trackers can track other different exercises like lifting weights and swimming. Some of these extra activities have to be added to the device by the use of the particular app.

Apps are required in using fitness trackers on a smartphone. They sync with the tablet or tracker every day to chart the user’s fitness journey over time. Making it easier to track one’s progress.

Different fitness trackers are available in the market. They include:

Choosing the right fitness tracker depends on how committed one is to his or her exercises. Those working out a lot would need a device that offers detailed metrics of their exercises.

Those casual with the exercises may just be comfortable with a device that tracks their general activity level.

Other factors to consider are:

One of the best available fitness trackers is the Fitbit tracker produced by Fitbit Inc.

It is an American company with headquarters in San Francisco, California. Its products include smartwatches, activity trackers and wireless-enabled devices that measure data such as heart rate, number of steps walked or climbed and other personal metrics involved in fitness.

Fitbit Inc was founded on March 26, 2007, by James Park and Eric Friedman. It is regarded as the world’s largest fitness social network. In the words of James Park, one of its founders, “we use technology to help people get healthier and more active, by giving them data, guidance, and inspiration.”

The Fitbit charge 3 has a 24/7 heart rate tracker. It counts steps, calculates calories and monitors elevation. It is water-resistant, providing weather updates and calendar. It has a bright screen and thus easy to read, self-explanatory and user friendly.

It is more of a bracelet than watch, easy and light. Fitbit is generally regarded as a byword for fitness trackers.