Bitcoin is an innovative payment network and a new kind of money that uses peer-to-peer technology in operating with no central authority or banks. The Bitcoins management transactions and the issuing of bitcoins is done collectively by the network.

This Bitcoin is open-source with a public design, and nobody owns or controls Bitcoin and everyone can take part in it. Bitcoin has many unique properties and enables exciting uses that could not be covered by any previous payment system. 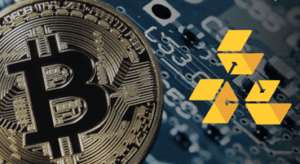 No one actually knows who invented Bitcoin, or at least not conclusively.

Satoshi Nakamoto is the name linked with the person or group of people who released the original Bitcoin white paper in 2008 and worked on the original Bitcoin software which was released in 2009. In the years since that time, many individuals have either claimed to be or have been suggested as the real-life people who are behind the pseudonym. However, as of May 2020, the true identity (or identities) behind Satoshi remains obscured.

How Does Bitcoin Work?

Each Bitcoin is primarily a computer file that is stored in a ‘digital wallet’ app. On a smartphone or computer. Where people can send Bitcoins (or part of one) to your digital wallet. Users can send Bitcoins to other people. And every single transaction is recorded in a public list known as the blockchain. With this, it is possible to trace the history of bitcoins. In order to stop people from spending coins they do not own, making copies, or undo-ing transactions.

How People Get Bitcoins?

There are three main mediums of getting Bitcoins:

How are Bitcoins Created?

For the Bitcoin system to work, people can make their computer process transactions for everybody. The computers are made to work incredibly difficult sums and occasionally, there are rewarded with a Bitcoin for the owner to keep.

People also set up powerful computers in a bid to try and get Bitcoins and this is known as ‘Mining’.

However, the sums are becoming more and more difficult to stop too many Bitcoins from being generated. Understand that if you start mining now, it could take years before you got a single Bitcoin. Additionally, you could end up spending more money on electricity for your computer than the Bitcoin would be worth it.

Why are Bitcoins Valuable?

Bitcoins are valuable because people have come to accept and exchange them for real goods and services.

One amazing feature about Bitcoins that people have come to appreciate, is the fact that it is not controlled by the government or banks.

Secondly, people can also spend their Bitcoins fairly anonymously. Note however that all transactions are recorded, and nobody would know which ‘account number’ was yours except you told them.

How Secure is Bitcoins?

Every Bitcoins transaction is recorded publicly, thus it is quite difficult to copy Bitcoins, make fake ones, or spend ones that you do not own.

Understand that it is possible to lose your Bitcoins wallet or delete your Bitcoins and lose them forever. Also, there have been thefts from websites that allow you to store your Bitcoins remotely. Over the years, the value of Bitcoins has gone up and down since it was created in 2009 and some people do not think it is safe anymore to turn their ‘real’ money into Bitcoins.