This Report has implemented new ranking criteria that heavily weigh social mobility and graduation outcomes for its 2020 list, thus we bring you the best colleges in the U.S. 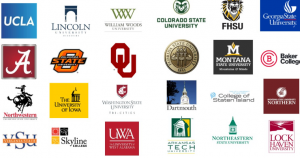 With so many top choices available, deciding where to go can be overwhelming. But to help families make a stellar choice, the U.S News & World Report, just announced it’s 2020 list of the best colleges. The U.S News updated its ranking criteria this year to include some important factors, and in addition, focuses on academic quality. They emphasize outcome measures like graduation rates, retention rates and social mobility.

This year, the U.S News also added new rankings, which includes top performers for social mobility. In this category, the publication evaluated the schools that best serves underrepresented students.

Under the section called “academic programs to look for”, eight additional new rankings were added this year. It includes categories like study abroad (Elon University in North Carolina came tops), first-year experiences (Agnes Scott College in Georgia came No. 1) and co-ops/internships (Northeastern University in Massachusetts came top of the list).

G Suite Account | what can I use G Suite for