Home Review AMAZING EXTENSIONS FOR CHROMEBOOKS AND OTHER LAPTOPS

The following are considered as some of the best Add-ons and Extensions For Chromebooks available today. They include:

To share content between your computer and phone, the Pushbullet is very necessary. It views and reply to text messages from Chromebook and also replies to messages from other apps. It sends links and files to phones quickly. The Pushbullet however only works with Android devices. 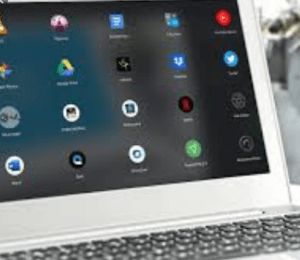 The RSS feed Reader notifies a user about new feeds from the top of Chrome and so a person is always in the know as to what is happening on his or her favorite websites. It supports filters and works on iOS and Android devices.

This Chrome extension deletes everything in one click, and data can also be erased from any specified period. It has erasers for plug-in data and web SQL databases.

The HTTP Everywhere is one of the Extensions For Chromebooks that increases the security and privacy of the user. It is easy to disable and blocks unencrypted requests. It however reduces the functionality on some sites and its update pop-ups can be annoying. The HTTP Everywhere can be switched on and off quickly.

This extension gathers all your open tabs into one single tab. It consolidates several tabs into one. In opening a tab from a group of consolidated tabs, less memory is used up because Chrome does not identify the group tabs as regular ones. This, therefore, saves memory.

Hover Zoom is used in making a small object or image to appear big. The image is said to be zoomed. To see a large version of an image, simply hover the mouse over a picture. Hover Zoom however do not work with all sites and some images on supported sites do not enlarge.

It is a button you click when you need to hide what you are doing or when in a panic mode. In doing this, all previously open tabs are saved when you click the button and they can be retrieved when you deem fit.

The Panic Button can be activated with a keyboard shortcut. It may however remove some tabs when hidden tabs are later retrieved.

Momentum helps you get organized. It has a Built-in To-Do List and it displays major goals on new tabs. It is sometimes accompanied by very good background images with the current time and weather shown. Motivational quotes are also displayed to encourage you throughout the day.

This extension adds all of the functionality necessary for a user of YouTube. Dozens of attractive themes and different modes for days and nights are made available. The Magic Actions For YouTube is widely used by millions of Chrome users and it is updated frequently.