Every day, we hear people ask, how safe is Venmo and it is free? Especially for people who need to transfer money. Now if you are a millennial and you use electronic transfer as a medium of cash transfer you probably have heard of Venmo.

Venmo has been the go-to for many users to use in sending and receiving money easily on their mobile devices since Paypal (PYPL) acquired the money transfer app in 2013 under Braintree for $800 million. Now let’s see how Venmo works and whether it is safe to transfer with Venmo or not. 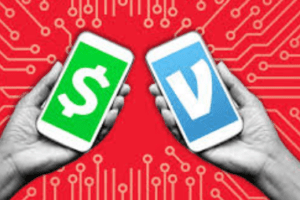 Venmo is a peer-to-peer (P2P) payment app designed for. iPhones and Android devices, which enables users to make a. Quick and easy exchange of money directly between individuals. Venmo came on board in 2009. As a text message-based payment delivery system. In March 2012. Venmo introduced a platform with an integrated social network, in a bid to take advantage of. The expanding P2P economy. In less than six months later. Braintree, which is the mobile payment system that is utilized by Airbnb, Uber. And other e-commerce giants acquired Venmo for the sum of $26.2 million.

The Venmo app owned by Paypal connects with. Users and businesses’ bank accounts or credit cards. To send and receive funds online and is currently available for users inside the United States.

How Does Venmo Work?

With the Venmo app, users can connect to their bank account, checking account, credit or debit cards, which it makes use of to complete requests either for sending or receiving money.

Users of Venmos can request, charges from their friends or people in their network (which they can add, much like social media apps like Facebook). After the request has been sent, the person charged can complete or deny the request (the sender of the request on the other hand is able to remind the person charged of their request). Immediately the funds get transferred, users can either keep the money in their account as their ‘Venmos Balance’ or have it transferred back to a bank account or credit card.

How Safe is Venmo?

So many transfers are being carried out on Venmos, thus we can say Venmos is quite safe.

But knowing how internet-based money-transferring service can be, the safety of Venmos has been thrown into question. In 2016, there was an accusation on Venmo over breaches in user security. In its wake, the Federal Trade Commission (FTC) even went ahead to investigate complaints about the company’s privacy policies when handling transactions.

Consumers on the other hand suffered real harm when Venmos did not live up to its expectation as well as the promises it made to its customers about the availability of their money.

Paypal eventually settled the FTC’s charges after violating the Gramm-Leach-Bliley Act, according to the FTC.

Howbeit, according to the Venmos site, the peer-to-peer app uses bank-grade security as well as encryption to ensure the safety of their customer’s accounts. Also, Venmo also allows users to create a PIN code for mobile transactions to further increase security.

On the other hand, Venmos in order to. Offer more secure transactions to consumers does not endorse unknown users to send or receive money, but cannot be liable for payments made to the wrong person.

How Does Venmo Make Money?

Venmo makes a profit by charging the many merchants they have. Which accepts it as a method of payment.

Venmos charges 2.9% of the transaction as a fee on a 30. Cent transaction fee. Also, Venmos takes 1% of your. Transfer amount of Instant Transfers in cash out of your Venmos account. Howbeit, it is capped at $10 and comes with a minimum of 25 cents.

There is also a 3% charge when you are transferring money from a credit card. This fee is charged by the credit card companies, while Venmos just carries the charge forward.

How to Use Kodi | Ultimate Guide for Kodi Beginners