Home Review Applicable Federal Rate (AFR) – WHAT YOU SHOULD KNOW 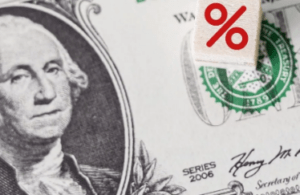 There are basically three published AFR from the IRS and they include; short-term, mid-term, and long-term. A short-term AFR rate is used to determine the average market yield. For the month (one month) from marketable obligations with three years of maturities or less. Mid-term AFR rates still leverage on one one-month. Average market yield to determine interest but the AFR is from. Obligations with maturities of more than three and up to nine years. The Long-term AFR rates are form bonds with. Maturities of more than nine years.

ALSO READ:  How to Use Hangout Meet to Share your Screen in Video meetings

Furthermore, apart from the three basic rates under which AFRs are published. There are several other compounding periods.

In respect to factors considered to select the accurate. AFR when preparing to make a loan between related parties. Taxpayers should consider the length of the loan in respect to the AFRs; the short-term lasting for three years or less. Mid-term lasting up to nine years. And long-term lasting more than nine years.

Note: Any interest rate charged below the stated AFR for the particular term of the loan is placed as foregone interest and such is taxable.