United States of America is the world’s largest consumer market, having a population of over 326 million people and a GDP of about $18 trillion. Guess what business would be like? Inbound, the USA holds some of the world’s most exotic business hubs. However, due to the level of abundance of resources, the United States has rapidly taken over the industrial world, and as well become the powerful global economic and political power since the 20th century. 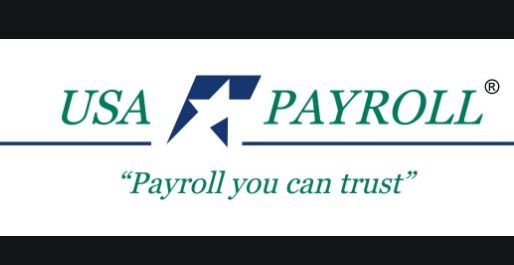 Currently, the USA holds about 33% of the world’s wealth and 25% f global GDP. Before the 21st century, there were more traditional industries such as the manufacturing companies, automotive and agriculture compared to now.

The 21st century has played its way to Energy, IT, and High-technology products which has stepped up the finance system. The economy has always experienced growth as though it is backed by a low regulation business environment and stable political leadership. The US has been rated 6 on the World Bank’s 2018 Ease of Doing Business Survey. Here comes the reason why you should invest in USA….

Reasons why you invest in the USA

Note: (1).The United States of America is open to receive any foreign investment.  Thus, as an investor, you should aim for a lucrative US market. (2). However, to establish a business in the USA, you must register it to be given the Employer Identification Number to qualify for wages and taxing information that will be reported to federal and state taxing authorities. (3). every business is mandated to make payments to both employees and authorities from an in-country bank account.

Though banks are open for public from 0900 to 1700 hours, Mondays through Friday, and 1400 hours on Saturday. (4). new hiring report is required in the US and the requirements vary by state. To acquire more, visit www.americanpayroll.org. It will show you a link of state and local links for more details on new hire reporting.  (5). some state requires a final wage payment to be issued within a certain period.

Visit the American payroll association website as mentioned above for more details over the individual state’s labor rules section.  (6). In the US, income tax is charged at federal and state levels. At the federal level, an employer must deduct taxes from employee’s salaries at graduated rates of 10%-37% depending on earnings.

While at the state level, about 41 states charge income tax on employee salaries by rates of each state. (7) In the US, social security and Medicare taxes are established for both employers and employees. The tax will be deducted from employee’s wages by employers over the federal income Contribution Act (FICA).

The benefits, qualification requirements for unemployment insurance varies by state. (8) At the federal level, employers in the USA must file Form 941 on a quarterly schedule and Form 940 on an annual schedule, to report and pay income taxes to the IRS. These rules are applicable at the state level but they vary depending on the jurisdiction. If you fail to report tax in the USA, it may result in severe and criminal penalties and such an employer of labor will be held responsible for not deducting tax from employee’s salaries.

Payroll in the USA

The United States does not impose a federal standard on how frequent employees should be paid. However, it is left to the state-level administrations to establish their laws. For both state and federal level, the regulation of payroll in the US requires that business withholds income tax and social security contributions from their employees during each payment cycle. The employers are responsible both in SME and Enterprise payroll setups, to calculate and report tax to the Internal Revenue Service (IRS).

Tax rates in the US now range from 0% to 37% for the lowest earners. But at the state level, tax rates are set by the local legislature and may range from 0% to 8.3%. NOTE: not all state imposes an income tax.

Social Security and Medicare taxes are factored in during the payroll process and must be deducted by employers from employee’s wages. Contribution rates for old age, survivors, and disability insurance is at the rate of 6.2% for both employers and employees. But the employees contribute to Medicare at a rate of 1.45%, same as employers. Thus, the unemployment Insurance, in general, varies by state.

“Global payroll providers” are usually adopted by foreign businesses to help them meet regulatory compliance and ensure the payment process is completed accurately and likewise on time.