No matter how much you pay for data to access the internet on your phone, it’s not a bad idea to monitor your mobile data usage. It’s actually a good way to manage your spendings also. If you want to avoid excess data usage charges on your smartphone or tablet, here are some popular Mobile Data Monitoring Apps that can help you do that; some of the Mobile Data Monitoring Apps are free while others charge a small fee. 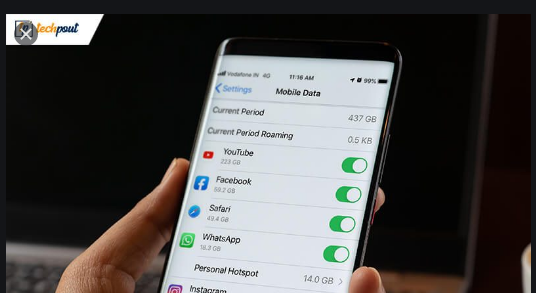 The Data Usage app is easy to install and uses theme colors that change to reflect current usage status. The app includes all the essential features of a data monitoring system:

An available Data Usage Pro app for iOS includes additional options for configuring customized trackers that might appeal to techies.

The Pro version supports reporting usage per application, historical charting, and the ability to ignore uploads to match how some providers do billing. It includes advanced data usage prediction and tracks multiple SIM cards automatically.

The DataMan Pro app for iOS devices bills itself as “your superweapon against overage.” This app reports usage not only for a device’s cellular communication but also for Wi-Fi connections. Key features include:

Take control of your data with the My Data Manager app on your mobile device. Use the app every day to track how much data you are using and receive alerts before flying past your data limit. Its features include:

AT&T subscribers can use the myAT&T app to stay on top of their accounts, view official data usage reports for their accounts, and perform other account administration functions. Information for all accounts is available on the main screen of the app. Use the app to:

The myAT&T for Android app requires Android 5.0 and up, and myAT&T for iOS is compatible with iOS 9.3 or later.

Verizon Wireless subscribers can use the My Verizon app to check official data usage against plan limits. It works best with recent or unlimited plans. It offers basic data monitoring capability, and you can: