When you move to another country, you typically start with a zero credit score. Other countries use different credit scoring systems because of the differing regulations from country to country as regards credit reporting and usage of information. 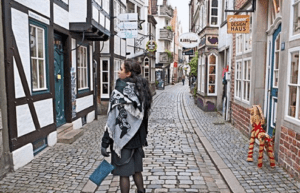 Even though the credit bureau Equifax operates in 15 countries through Europe and Latin America, the complexity of reporting varies in each country with their respective regulations according to Daryl S. Toor, AVP of media relations for Equifax.

Is My Credit Score Useful outside the US? Many countries do not have a credit score system like the United States. Thus before you move abroad, it’s important to understand the financial systems of your new home. Carry out research to know if the country of interest has its own credit bureau(s) similar to the three in the U.S (Experian, Equifax, and TransUnion).

Each country has its own unique systems, and your score may not necessarily translate to another country. Even though all the credit bureaus have an international presence, most countries do not rely on these bureaus. Most use a combination of the big bureaus plus their own reporting and scoring system in evaluating borrowers.

When it comes to Canada, it uses the credit bureaus Equifax and TransUnion, even though it has a high score of 900, as compared to the US 850. For the U.K., there’s a similar system like that of the U.S., even though with different actions like registering to vote might add an extra boost of confidence to lenders and improve your score.

Some countries, make use of a system known as ‘negative reporting’, where you may not get a formal credit score, but if you neglect your debt, negative marks will show up when future financial institutions pull your information.

Note that while every country has a different system, the basic principles stay the same. Once you keep your debts low, make on-time payments and desist from indiscriminately opening and closing a number of accounts, you’ll probably be seen as being creditworthy by international lenders.

While You Are Out of the U.S. Will Your U.S. Credit Profile Wait for You?

It is best to maintain your U.S. credit for when you return. if you leave the United States to live as an ex-pat for a while. This will make it easy for you if you plan to visit family. Or friends in the U.S. on a regular basis. This is because you can make use of your U.S. credit cards during these trips. However, if return visits are unlikely. It’s a good idea to make a few purchases each year. Which do not require you to be in a particular country.

Even though your credit history may not follow you when you move abroad. Understand that any debts you owe will stay active. While it will be difficult for lenders to take legal action against you if you are living in a new country. It is not impossible for them to try and recoup the debt.

If you decide to move back to the original country. Those debts will still apply. And may also lead to County Court Judgements while you are away. If you own assets in your country of origin. A debt collector may try to secure a debt against them on behalf of the lender.

Also, the chances of debt following you abroad will depend on who you owe money. While other institutions may have less power in reclaiming debt abroad.  HM Revenue & Customs (HMRC) will have greater powers in reclaiming unpaid debts.