In summary, we can say that bank reconciliation is the total of all records of transactions that involves checking account. However, it is the process by which the bank account balance in an entity’s books of account is reconciled to the balance reported by the financial institution in the most recent bank statement. We bring to you process on how to go about in your Bank Reconciliation. 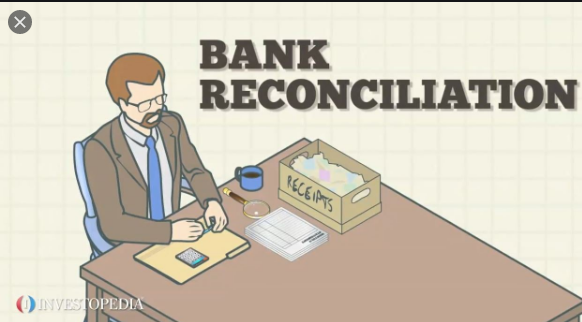 In several steps, we will explain what bank reconciliation could look like. The first step is to adjust the balance on the bank statement to the true, adjusted, or corrected balance.  Items involved in this process are Deposit in transit, outstanding checks, bank errors, as regards to the balance per bank statement on Aug.31, 2020.

However, trying to adjust the balance per bank, the Deposit in transit which is the amounts already received should be recorded by the company even though it may not have been recorded by the bank. For example, a business can deposit its cash receipts of August 31 into the bank’s night depository at 10:00 p.m. on August 31. But the transaction will be processed and recorded as a deposit on the morning of September 1. But the initial deposit date is august 31.

At the end of the check and balances, the balances should be the true, correct amount of cash as of the date of the bank reconciliation.