Just a smartphone enables you to access exclusive content on the net and unlimited apps so do a Smart TV but on a bigger screen. Smart TV, just as the name implies, is a TV (as big as it gets) with internet capabilities. That is to say, your TV gets to carry out several other options apart from its obvious use such as streaming music, videos, accessing your social media accounts, and browsing through the web generally. You can even check your emails amongst others. Are you looking for the best Smart TV to use? Samsung Smart TV is the master, they will give you a good run for your money.

Samsung uses its umbrella “Smart Hub” interface to give the TV viewer not just efficient access to TV setup and setting functions, but internet streaming services at well, such as Netflix, Vudu, and YouTube, as well as a full web browser, and, depending on the model, social services, such as Facebook, Twitter, etc. Also, depending on the model, TV viewers can also access content stored on network-connected PCs and media servers. All Samsung Smart TVs provide Ethernet and Wifi so that connection to an internet service router is convenient and easy. 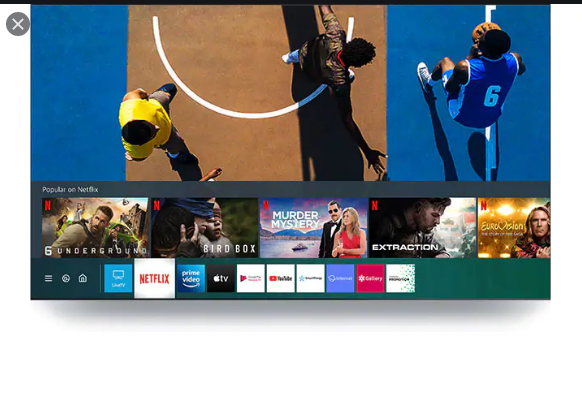 is to enable their TVs to be the ‘hub of our home life. We shouldn’t have to run to our computer to check on Facebook or Twitter or to post our status. We should be able to turn on the TV and have access to online movies and TV without any other device. And we should be able to get a variety of content to help us in our daily lives — from morning exercises to hour-by-hour weather and current traffic report to help you decide how to schedule your day.

With several hundred apps available on some models, there are some that stand out. In addition to apps, Samsung has taken the “hub of our home life” concept even further with the inclusion of home control features on some of their high-end smart TVs. This functionality uses a combination of apps and optional external accessory devices that work together to control things such as lighting, thermostat, security, and appliances.

The idea of Smart TV in general and Samsung’s approach, in particular, is to offer built-in apps that are accessible on your TV, similar to the way we use apps on a smartphone. When you look at your Samsung smart TV menu, it looks similar to a Samsung (or another brand) smartphone screen.

The Samsung Smart TV platform has a few of the more popular apps pre-loaded, with more available that can be downloaded from the Samsung App Store. The additional apps are accessible via the TV’s Smart Hub or onscreen menu (just look for the icon that just says “Apps”). Once displayed on the TV screen, you will see additional app selections grouped in various categories to choose from (What’s New, Most Popular, Video, Lifestyle, and Entertainment).

Other apps that are not listed in the provided categories may be found using Search, which is usually located on the top right corner of the Apps menu screen. Just type in the name of the app that you are looking for and see if it is available.

ALSO READ:  Lasik Surgery - you can perform surgery per eye starting from $250

Another thing to point out is that although most apps can be downloaded for free, some may require a small fee, and some free apps may also require additional subscription or pay-per-view fees to access the content.

Along with the popular apps that are suited to the TV’s big screen, such as Netflix, Vudu, Hulu, and YouTube, there are music apps, such as Pandora and iHeart Radio, and other unique apps that may be based on games or apps that run on other devices. Also, there are apps to connect directly to your Facebook and Twitter accounts. Samsung’s incorporation of an app platform into many of their TVs provides users with expanded content access and meaningful interactivity that allows the TV to become a part of their lifestyle. Samsung’s app selection is only one of the most comprehensive available on a Smart TV but is easy to use and manage.

Most Samsung TVs feature the Smart Hub app platform. Some examples include:

It is important to note that Samsung Apps also work on Samsung’s line of network-enabled Blu-ray Players.

How To Use Google Adwords Keyword Tool | Complete Guide