Bumble is a dating app where daters create a small profile of themselves with pictures (Bio), and they can swipe through potential suitors. 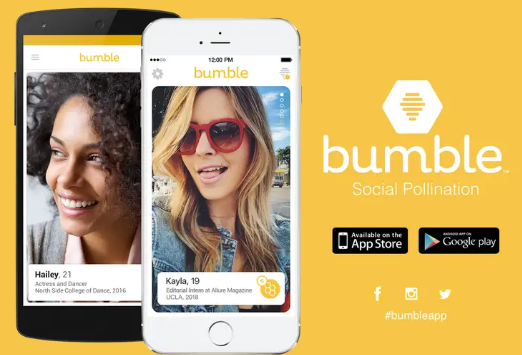 Users of the app can swipe right to “like” and left to “reject”. When two persons ” like” each other, it is referred to as a match.

Users can sign up using Facebook and have the option of searching for romantic matches or friends. The app also facilitates business communications.

Bumble was founded by Whitney Wolfe Herd, one of the co-founders of Tinder.

The company has its headquarters at Austin, Texas, and has about seventy employees globally. It is believed to have 55 million users worldwide and seventy-two percent of the users are under the age of 35.

There have been 850 million matches and 5,000 weddings and engagements that started in Bumble.

According to Forbes, the company was valued at more than $1billion in November 2017.

Formerly Bumble users were required to log in through Facebook when signing up. In April 2018, Bumble added an option to signing up using only a phone number.

Bumble has made it possible for users to undo accidental swipes by shaking their phones. A “snooze” feature that allows the user to pause the activity and avoid the use of the app for a period has also been added.

In June 2019, the Bumble app became enabled with in-app voice and voice calls in all of its platforms.

As of November 2017, Bumble had gotten 27 million downloads. Two years later, in September 2019, it was adjudged the second most popular dating app in the United States.

Generally, forty-nine percent of users go on the app daily and 46.2% of its users are females. According to the founder, Wolfe Herd, within the app’s first eight months it saw five million unique conversations initiated by women.

Bumble has been considered as a “feminist” Tinder. The founder does not necessarily shy away from the assertions. In an interview, she said “if you look at where we are in the current heteronomative rules surrounding dating, the unwritten rule puts the woman a peg under the man, the man feels the pressure to go first in a conversation, and the woman feels pressure to sit on her hands…

If we can take some of the pressure off the man and put some of that encouragement on the woman’s lap, I think we are taking a step in the right direction, especially in terms of really being true to feminism. I think were the first feminist or first attempt at a feminist dating app”.

However, Bumble has also been criticized for not offering to refund purchases made on it, even those made by mistakes.

FCP 7 Tutorial – useful guide to help you find your way through.