What Is a Confirmed Letter of Credit?

How Important is a Confirmed Letter of Credit?

The aim of obtaining any type of letter of credit is the sense of security that comes with it especially for the seller. In the case of an international transaction, the holder of a letter of credit which is the seller must be assured that he will get the payment from the issuing bank once he complies with the terms of payment. However, this is not always the case. Sometimes, the seller is unsure whether he will receive the payment against his goods or not. This uncertainty may stem from numerous factors like questionable creditworthiness of the issuing bank or political or economic vulnerability linked with the geographical location of the issuing bank. 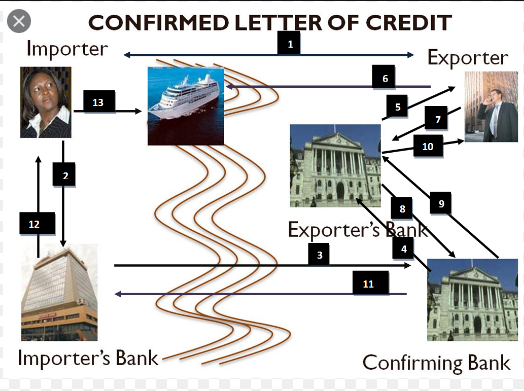 Parties Involved in a Confirmed Letter of Credit

Advantages of Confirmed Letters of Credit

Note that there are costs involved in using a letter of credit. Banks make charges for providing an LC, so it’s important to weigh the costs against the security benefits.

For exporters, you’ll only receive a payment if you keep to the strict terms of the letter of credit. You will have to give proof that you have supplied exactly what you were to supply. Note, however, that using a letter of credit can sometimes cause delays and other problems.

The Different Types of Letters of Credit

A revocable letter of credit is not very common because it can be changed or canceled by the bank that issued it at any time and for any reason.

In this letter. credit cannot be changed or canceled except all the parties involved agrees. Irrevocable letters of credit offer more security than revocable LC.

A confirmed letter of credit is one to which a second bank, mostly in the exporter’s country affirms. it shows by undertaking that payment will be made. This LC is used when the exporter does not find the security of a credit solid enough. Simply because of the issuing bank risk of political and/or economic risk linked with the importer’s country.

An unconfirmed letter of credit is one that has not been confirmed by any bank other than the bank that opened it. Here, the advising bank forwards the LC to the beneficiary without undertaking on its part but confirms it’s real.

This is one that can be passed from one to another. These types of LC’s are commonly used when many people are involved in a deal.