Here is all you need to know about the tariff definition. Tariff, otherwise called customs duty, is tax charged on goods as they cross national boundaries, usually by the government of the importing country. This increases the price and tends to make imports less desirable, or less competitive as compared to domestic goods and services. It can either be called a tariff, duty, or customs. 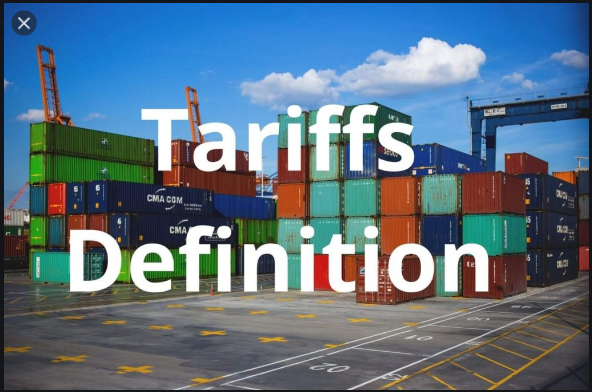 Here are some of the objectives of tariffs:

Tariffs are basically introduced as a medium of discouraging trade from particular countries or to reduce the importation of some kinds of goods and services. This tax levies, make some imported goods less desirable.

Tariffs at some point were the major source of governmental income, up until the income tax was introduced in 1913.

Tariff can be levied by a country as an equivalent tax on domestic production (to avoid protecting it) or choose a relatively small number of imported articles of general consumption and have them subjected to low duties to avoid the tendency of shifting resources into industries producing such taxed goods (or substitutes for them).

But if a country is willing to protect its home industries, it’s a list of protected commodities that will be long and the tariff rates high.

Tariffs can also be put in place to either raise revenue or to protect domestic industries. Now the tariff designed primarily to raise revenue may also exercise a strong protective influence, while a tariff that is levied primarily for protection may yield revenue.

Tariffs may be further divided into three categories, they are transit duties, export duties, and import duties.

Transit duties are levies on commodities that originate in one country, cross another, and are consigned to a third. They are levied by the country through which the goods pass, even though such duties are no longer important instruments of commercial policy.

The effect of transit duties is a reduction in the number of commodities traded internationally as well as an increase in the cost of those products to the importing country.

Even though export duties are no longer used to a certain extent, except to tax certain mineral, petroleum, and agricultural products, several resource-rich countries before now depended on export duties for most of their revenue.

Export duties were common in the past and were significant elements of mercantile trade policies, with the aim of safeguarding domestic supplies rather than raising revenues. Currently, export duties are now generally levied by raw-material-producing countries rather than by advanced industrial countries.

This is the most important and most common type of customs duties, which can be levied either for revenue or protection or both, even though tariffs are not a satisfactory means of raising revenue, because they tend to encourage economically inefficient domestic production of the item under duty.

Currently, import duties are no longer an important source of revenue in developed countries.

A tariff may be specific, ad valorem, or compound (i.e.) a combination of both. A specific duty is a levy of a given amount of money per unit of the import, while an ad valorem duty, is calculated as a percentage of the value of the import.

Ad valorem rates offer a constant degree of protection at all price levels, while specific rates vary inversely with changes in the prices of the imports. A list of all import duties is normally known as tariff schedules, and it applies to all imports regardless of the country of origin.

Margin Debt – Are You Required to Pay Off Margin Debt?