A bond is a fixed income instrument, or simply put, an agreement between an investor and the company, government, or government agency that issues the bond.

Unlike stocks, an investor who buys a bond is not the owner of the bond issuer, rather the investor becomes a lender to a company, city, or government. Thus when an investor buys a bond, he/she is loaning money to the issuer in exchange for interest as well as the return of principal at maturity. This is because bonds traditionally pay the investor a fixed interest rate periodically and they are also known as fixed-income securities. 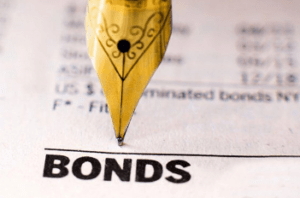 If an investor buys a bond, he/she is ‘loaning’ that money (the initial amount known as the principal) to the bond issuer, who is usually raising money for a project. This is unlike buying shares (stock) where a buyer becomes part of the company, to share in the proceeds of the company.

Bonds are commonly used by governments (at all levels) and corporations, to enable them to borrow money. The government needs to raise funds for projects that they have to execute, and this can be done via bonds.

Corporations on the other hand often borrow to grow their business, to purchase property and equipment, to undertake profitable projects, for research and development, or in hiring employees.

The Lifecycle of a Bond

However, investors who wish to can sell their bonds, before the bond matures.

Some common basic characteristics are common with some bonds, they include:

This is the rate of interest the bond issuer pays on the face value of the bond which is expressed as a percentage.

The price at which the bond issuer is originally selling the bonds.

This is the money amount the bond will be worth at maturity. It is also the reference amount that the bond issuer uses when calculating interest payments.

The maturity date is the date on which the bond will mature, and the bond issuer will pay the bondholder the face value of the bond.

These are the dates on which the bond issuer will make interest payments. The payments can be made at any interval, but the standard is semiannual payments.

Bonds are in four categories, and these are ones primarily sold in the market. Howbeit, there are also foreign bonds issued by corporations and governments on some platforms.

These are bonds issued by companies, who issue these bonds, rather than seek bank loans for debt financing in many cases because bond markets offer more favorable terms and lower interest rates.

These are bonds issued by government-affiliated organizations like Fannie Mae or Freddie Mac.

Both bonds and stocks are the option a company can decide on when it needs financing. A company can either decide to go public and make an initial public offering (IPO), selling shares of its company. When these shares (stock) is purchased by someone, the person becomes the legal owner of a portion of that company. When this happens, the company has used equity financing.

However, with a bond, the investor does not receive equity in the company. Rather, the company borrows from the investor, and the investor receives the interest payments and a principal of a bond, irrespective of how high or low the company’s stock price becomes. When this happens, the company has used debt financing.

Bonds are typically sold over the counter (OTC). Those who are interested in buying bonds should buy from brokers who can better help them understand the fees associated as well as the commissions. When it comes to Treasuries, investors may buy bonds directly from the US government’s website, Treasury Direct. Brokerages like Vanguard and Fidelity also offer brokerage accounts, where investors can invest in Treasuries.

How are Bonds Priced?

This is the bondholder’s return when the bond is held until maturity.

The YTM Formula can be calculated thus:

In order to calculate the yield to maturity, you must know that:

To calculate results, you can use a financial calculator or an online Yield to Maturity (YTM) Calculator to calculate your results.